I have an unlocked ZTE wireless home phone base (from Fido)....I am hoping that I can just get a Videotron SIM card and start using this unit with Videotron services on a cheap, basic talk plan. Does anyone know if this will work?

I'm pretty sure it's the WF721C model, seen here https://www.zteusa.com/zte-wireless-homephone-base

This device is only compatible with 850 and 1900MHz bands.

This might work if you get one of the latest sim... but not 100% sure if at some point Videotron will tell you that you are using the partner network more often than you normally should...

850 and 1900MHz towers are "technically" owned by Rogers even if Videotron and Rogers are now basically sharing networks in Quebec and Eastern Ontario.

Thanks for your reply zadigre, that was very helpful and I think testing I did last night confirmed what you wrote....I unlocked the device and it worked with a Telus sim, but did not want to work with my Videotron sim.

Thanks for your reply zadigre, that was very helpful and I think testing I did last night confirmed what you wrote....I unlocked the device and it worked with a Telus sim, but did not want to work with my Videotron sim.

do you have one of the newer LTE videotron sim or it's one that has access to 3G only?

if 3G only, I believe you absolutely need a device that has support for the AWS band.

If LTE, again technically, it should connect to 850/1900MHz Rogers frequencies on 3G since essentially this is need for a fallback from the LTE network (for calls non VoLTE device or when outside of LTE coverage).
But again, this is just a guess... this is the way that it's supposed to work with a "real" cellphone...

I would guess that my videotron sim is LTE, as the phone says as much at this moment...I got it Fall 2017.

So then based on your statements my options for using this adapter are to find a cheap plan on a compatible network (ZTE's website says Fido, Rogers, Koodo and Virgin). I'll check what those guys offer....

if one of these providers ever offered the same ZTE device, they might block it (based on the IMEI of the device) from their regulard plans­.

Dude you're killing me

Maybe you got one of the newer sim with Fizz... those compatible with VoLTE.

older LTE sim from Vidéotron are not necessarily compatible with VoLTE thus might not support the same fallback to Rogers frequencies/bands.

Hi sorry for my english but yes i have a zte wf721 and it works with a videotron sim card but the sim card in the device is big so i bought a nano-sim adapter turns any nano sim card to fit anny device look for sim card adapter on amazon and my zte came from rogers and i unlocked it with a very simple way but yours is allready unlocked. 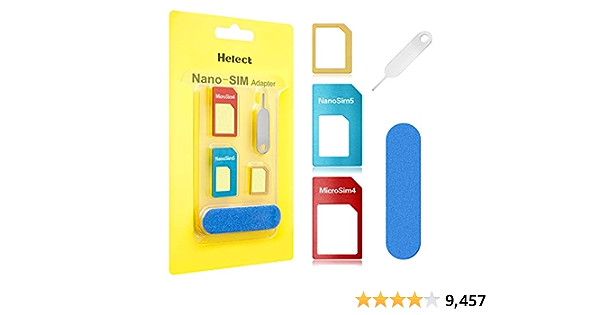 Please connect WF721 with a landline, plug a cordless telephone the the number jack 1 in the back of your zte then pick up the receiver and put on speaker essyer to  dial and be quick about it if you are to long to type restart and try again if you pause to long when you dial it wont work be sure to not have the sims card in the device turn on the device and have the batterie in the device dial with your unlock code witch is the new imei 16 digits instead of the xxxxxxxxxxxxxxxx you must dial as shown asterix and titacto simbol  * 9 8 3 * 8 6 * xxxxxxxxxxxxxxxx #  once you have done this turn off the device and put your sim card in and be sure to put it in the right way as the diagram shows where the sim card goes put back the baterry and restatr your device if it works great if not dont panic just redoo the sequence * 9 8 3 * 8 6 * xxxxxxxxxxxxxxxx #and it will be unlocked.

How To Check My Cell Phone's Airtime Balance

Internet speed stuck, How much i can get speed?

Using an LG android chip on an iPhone 6

The word "Voicemail" being displayed as "Boite Vocal" on my screen