The NOTE is dead, long live the NOTE! 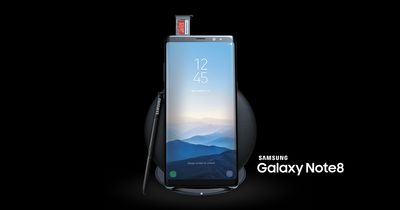 Within 10 days, users were reporting that the device was overheating and in some cases catching fire. Pictures of charred Galaxy Notes started circulating on social media. Now that’s the sort of thing that makes people sit up and take notice. The media picked up the story and on September 12 Samsung announced the first of a series of recalls. The problem turned out to be the battery.

And it was so serious that at the beginning of October, after a string of worldwide recalls, Samsung took the phone off the market. It was small consolation that the NOTE 7 was considered best phone around for about 10 days.

Now the time has come to turn the page. Samsung did not kill off the NOTE brand or even rename it. Instead, Samsung decided to stay the course, and on August 23 it unveiled the Galaxy NOTE 8 at a launch in New York.

Within two minutes after taking the stage, DJ Koh, the head of Samsung’s mobile division, brought up the Galaxy NOTE 7 fiasco himself:

"Of course, none of us will ever forget what happened last year. I know I won’t. But I’ll never forget how many millions of loyals stayed with us. Let me express my gratitude to the incredible Note community around the world.”

Once the apologies and thank-you’s were out of the way, they got down to business: the new phone’s hardware.

This is how the NOTE 8 shapes up:

What’s in the box: 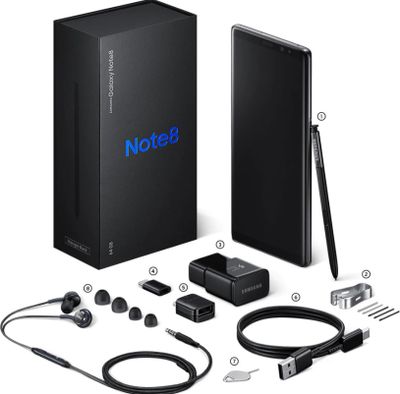 Time will tell whether Samsung has made a bold enough move with the NOTE 8. It’s not all that different from the Galaxy S8, which has been available for a while. To be sure, the S8 is a tad smaller, has no stylus or dual rear-facing cameras, but is a stylus a decisive factor for most users?

In 2011, Samsung popularized a new product category with the NOTE, a giant phone almost as large as a tablet. For some people, it was much too big; it felt like putting a slice of bread against your ear. Many regarded it as an oddity, a niche product. Today, almost all phone-makers have come out with a similar device. Even Apple has 5.5” “PLUS” phones. The 5” to 7” category has also spawned a new term: “phablet,” a cross between a phone and a tablet.

The main distinguishing feature of the NOTE series is the stylus. It’s still there in the NOTE 8 and now fits into the base of the phone for easy storage. Many of the apps available for the NOTE line are designed to work with the “S Pen.” The sales numbers prove that being able to draw and write on glass with a pen has wide appeal.

The stylus concept is not new and Samsung doesn’t have a monopoly on it but relatively few manufacturers have entered the “digital pen” market. Even after the NOTE 7 disaster, no other phone-maker was able to move into the space left vacant by Samsung. 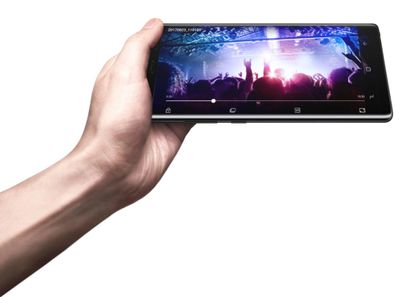 The NOTE is a special phone designed to meet special needs. It’s hard to compare it with other devices but comparisons will be inevitable because Apple, LG, Google and other manufacturers will be releasing their latest products in the next few weeks.

Whether or not you’re a NOTE fan, you have to respect the fact that it is still there, despite the bumps on the road, and still setting the pace for Samsung’s competitors. Over the past 6 years, Samsung has popularized the “XL” size and now it is taking the lead by eliminating the side bezel to make room for more screen real estate. Other manufacturers will probably be forced to follow suit.

Samsung has thrown down the gauntlet. Let’s see what the competition does.