Fall’s mobile phone parade continues! If you’re looking for a high-end phone, consider getting a HUAWEI. The brand, which has been gaining ground in Quebec over the past three years, is currently ranked second in the world for phone sales. The Chinese company’s success is directly linked with its drive to be the best in all categories. Every new product is designed to wow consumers across the board—and not just with hardware updates.

OK, so you’re probably thinking, “Nice marketing pitch, but what does this phone actually offer?” I recently had the chance to try the HUAWEI Mate 20 Pro for several days and I was pleasantly surprised by the quantity of innovative features offered in this new product. Here’s a quick run-down of what impressed me the most.

The inspiration behind this model is immediately apparent. The screen is curved, giving the impression that the edges bleed over to the back of the phone. They’ve also included a notched display, which is a trendy—though not universally popular—solution that allows for bigger screens. How big? The HUAWEI Mate 20 Pro boasts a 6.39” display that takes up an impressive 86.9% of the device’s surface area.

There’s no button on the front or back. The HUAWEI Mate 20 Pro’s fingerprint scanner is hidden in the screen. Just place your finger on the surface to unlock the device. You’ll then be prompted to enter your PIN. It’s not as quick as using a button, but it’s not particularly frustrating either. HUAWEI has also improved their facial recognition feature—3D Face Unlock—which uses a 3D camera to identify you almost instantly.

No one ever asked for this feature, but it’s definitely a nice-to-have. As the name suggests, it allows you to switch the charging direction and use your phone to power other devices, such as a friend’s phone. To activate this feature, go to the battery section in the settings and enable wireless reverse charging.

That’s right, you don’t even need a wire to do it. Just place the devices back-to-back and...magic! Since the HUAWEI Mate 20 Pro comes with a 4200 mAh battery, you can afford to be generous! While we’re on the subject, HUAWEI’s 40W SuperCharger allows you to charge your device at record speed. It’s awesome! 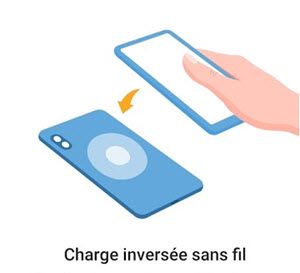 This is another Mate 20 feature that won’t disappoint. The main camera system, co-engineered with German manufacturer Leica, is impressive. The camera is really versatile and can be set to different modes like Portrait, Night Shot, Macro and more. I had a lot of fun with it.

Your artistic side will also like the AI Cinema and Background Blur video modes.

AI Cinema shoots the scene in black and white, while keeping the protagonist in colour, kind of like the movie Pleasantville.

Meanwhile, Background Blur makes everything in the background fuzzy, creating a portrait-like effect, but for videos. It’s definitely worth trying!

The HUAWEI Mate 20 Pro comes with Type-C earphones, a Type-C headphone jack adapter and a protective case for those of us who tend to be clumsy. That’s a good amount of gear! 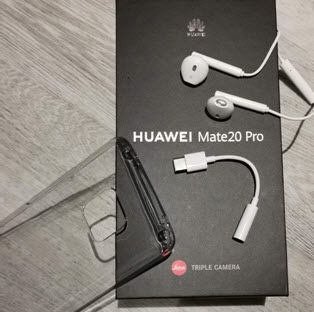 Projection mode is also fun to test out.

You can obviously display your phone’s image on a TV or monitor, but the HUAWEI Mate 20 Pro takes the experience up a notch by offering a desktop-like experience. Pair the device with a keyboard and mouse, and it’s almost like using a computer. In fact, the intro to this article was written in Easy Projection mode, using the phone as a keyboard and touch pad (virtual mouse and keyboard).

It will be interesting to see how consumers react to this device, which is clearly positioning itself as a high-end choice.

Following HUAWEI is truly fascinating, as the company strives to offer the best devices on the market. Will HUAWEI succeed in winning over Canadian consumers with contract-free devices? To find a HUAWEI Mate 20 Pro phone plan, click here. Have you tried the HUAWEI Mate 20 Pro? Share your views on the forum!