Québec cyclists are going to have to change some ingrained habits as a result of amendments to the Highway Safety Code that took effect on June 30, 2018. Some practices that were often tolerated in the past now carry hefty fines and stiff penalties.

It is now officially prohibited to use a cellphone or wear headphones while cycling. Cyclists cannot even put an earbud in one ear, which is allowed for drivers.

I have to admit I myself have checked my cellphone and worn headphones while cycling. Mostly, I’ve done it to consult Google Maps. Even on a bike, it can be very helpful to see the directions you need to follow in order to stay on course.

I realize it’s not safe. Keeping one hand on the handlebar while pulling your phone from your pocket and then taking your eyes off the road for a few seconds to look at the screen is clearly unwise. I haven’t done it often, since Google Maps also gives you voice directions. Usually, I would put an earbud in my right ear, so I could still hear the traffic to my left while listening to the turn-by-turn directions.

However, the new rules ban these potential sources of distraction. It’s actually for the best: you’re vulnerable on a bike and you should be focused on the road at all times, especially when cycling on city streets. Cars and bicycles don’t always play nice together.

The good news is that with the miracle of modern technology, there’s always a solution! 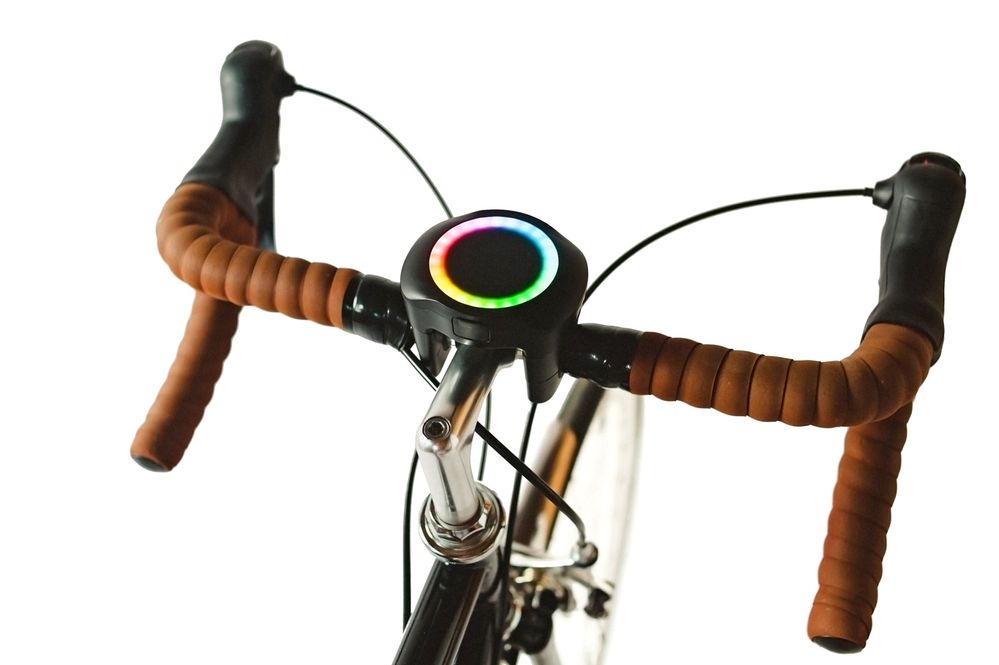 SmartHalo: Full-featured GPS made in Québec

If you’re like me, a cyclist with a so-so sense of direction, SmartHalo might be just what the doctor ordered. It’s a made-in-Québec product that got its start with a crowdfunding campaign on KickStarter in 2015.

SmartHalo replaces your smartphone’s GPS when you’re on your bike. It looks like a light-up hockey puck and installs in the centre of the handlebar. After being paired with an app on your smartphone, the halo of light on the device shows turn-by-turn navigation.

And it does many other things besides. It serves as a bicycle light, an alarm in case of emergency, and a fitness app that stores your cycling stats (speed, distance, elevation, calories, etc.).

But for me, it’s most useful as a navigation aid. SmartHalo was designed by cycling geeks and has a bevy of route-finding options. If you want to get from point A to point B, you could go for the shortest and fastest route but that might not be the best option in every case. SmartHalo lets you choose the shortest route, or the easiest route (fewest hills), or the safest route (the one with the most bicycle paths) and so forth. 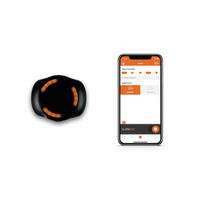 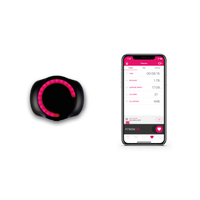 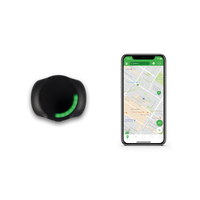 Once you’ve selected your route, you just follow the halo of light on the handlebar. No more distractions from trying to juggle with your phone or listening on headphones while cycling.

Better than a phone mount

You would be justified in asking “why not just buy a bicycle mount for my phone?” That is definitely an option but it has some limitations:

You can also add the risk of loss (and/or fatal damage) if the phone is not firmly attached, and the risk of forgetting your phone on your bike (it’s happened to me).

The new provisions in the Highway Safety Code promise to create more buzz around new tech devices like SmartHalo. Sébastien Faubeau, the company’s marketing director, believes the full impact of the new rules will be felt only in the medium and long term, once the law has been enforced for a while and cyclists become aware of it.

The fine for using a cellphone on your bike is $80 to $100. That may not be a fortune but is it really money well spent? If you want a GPS on your bike, it might make more sense to shell out for a simple, safe, intuitive solution from a Québec company.