Top 6 hottest features for your phone 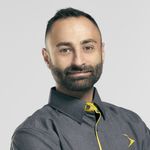 These days, snapping a pic with your smartphone has become a pretty unremarkable event. Without much thought, you just kind of open the camera app and take a pic. But beyond just pointing and shooting, do you know the ins and outs of your smartphone camera?

So let’s dig a little deeper then, and take a look at the hottest camera features Videotron smartphones have to offer.

This feature allows you to take several photos of a location and join them together to create an immersive effect that’s similar to virtual reality. So you can navigate left and right, or up and down, on your photo and soak in the entire scene, making you feel like you’re there in real life.

360° view is your best bet if you need to capture a wider viewing angle panoramically, like inside a cathedral, or for a virtual visit of your new condo.

There’s nothing more frustrating than wanting to take a picture and not being able to fit everything in the frame. You can try to take a few steps back (if there’s room!), but you might end up getting so far away that you can’t even recognize the very people you’re trying to photograph.

Queue the super hero music…introducing the LG Ultra-Wide Angle Lens! Available on the V20, G5, G6 and G6+ by LG, this is your go-to for increasing the field of view from 71° to 125°. The ultra-wide angle feature lets you take in a scene in all its glory without compromising a single detail. Also great for group shots!

Digital zoom and optical zoom—what’s the diff? Digital zoom entails basically enlarging an image. The more you zoom in, the less quality you get, until the image eventually pixelates.

With optical zoom, the lens brings the subject closer to you without significantly affecting photo quality, a bit like a telescope or pair of binoculars.

This super versatile feature can be found on iPhone 7+, 8+ and X, Samsung Galaxy S9+ and Note8, as well as the Huawei P20 Pro.

The super little visual recognition gadget that it is, the Google Lens app will make you look like a serious smarty pants when people ask…“Hey, what’s that?”

By simply pointing your camera phone in a general direction, the app will tell you about whatever falls within the frame. Use Google Lens at the museum, or at the grocery store when you’re staring down at an unfamiliar vegetable. Consider yourself warned—Google Lens won’t recognize people.

Find this feature on compatible Android and Apple devices using Google Assistant. Samsung offers its own solution by way of Bixby Vision.

Selective focus allows you to hone in on the subject of your photo by making the background out of focus.

In photography, they call this particular effect bokeh. Use the selective focus feature to set your selfies apart and give them a bit of artistic flair.

True to its name, this feature lets you record short videos in slow motion, which is sure to wow whomever’s watching.

Available on a whole slew of devices (iPhone 5S and up, Samsung Galaxy S8, S8+, S9, S9+ and Note8, Huawei P20 Pro and Sony Xperia ZX2 Compact), the slow-motion video feature is definitely worth cozying up to.

Whether you’re filming your pup in the pool, your golf swing, or one of those important missions that begin with “Hold my drink!”, slow-motion video is all about capturing memorable moments.

So go on, start thinking outside the 4x6 box and let your inner artist loose!