Explosive app growth shows no signs of letting up 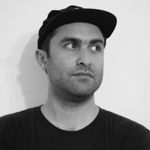 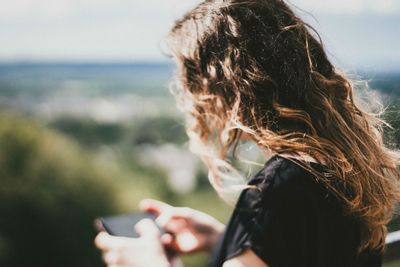 This year marks the 10th anniversary of the App Store and the Android Market, now Google Play.

For 10 years, the two online app stores for the leading mobile operating systems, IOS and Android, have been making our lives easier in countless ways. The torrent of millions of offerings has expanded the app universe well beyond the confines of cellphone communications and into every nook and cranny of everyday life. You can take photos and send them into the future, pop bubble wrap on your phone, order a 3-cheese pizza, read the latest from your favourite columnist, become a Candy Crush champ or do just about anything else you can imagine.

A mobile is a helpmate that is always ready and willing to do your bidding (as long as it still has juice). They have become appendages that are more-or-less permanently attached to our bodies and on which we rely 24/7. In fact, recent studies have shown that smartphone users spend an average of more than two hours per day, or the equivalent of one month per year, on their apps, which can transform every contact with their phone into a journey to some fun and/or practical destination.

One of the factors driving the spiralling rise in app usage is the stream of apps coming online all the time. The tens of thousands of new applications listed every month also reflect constantly increasing technological, ergonomic and design requirements, another reason for the relentless onslaught of new releases, which are costly for consumers but hugely profitable for businesses.

To give you a sense of just how profitable, there were some 40 countries in which spending in the “app economy” exceeded $100 million in 2017. Growth is projected at 30% in 2018, which will bring the global total to a record $110 billion, with stunning increases in Brazil, India and China (no kidding).

The shift towards augmented reality (AR) could well be one of the most notable trends of 2018. AR is expected to break out of the bounds of entertainment and invade new realms. The Pokémon GO craze of not-so-long ago is just one example of the public appetite for AR. However, that is only a hint of what the technology could conceivably do. Many players, including some of the big boys in Silicon Valley, think AR has breathtaking interactive, social and economic potential. They’re working hard to move the tool-cum-medium forward and support its development. This is something that could be good news for developers and consumers alike.

Mobile video is another area where we could see disruptive change. While traffic on video streaming platforms and apps has been growing steadily year after year, 2018 could be a year of new vistas for on-the-move video viewing, with more titles, new ways to watch and enhanced content. That will be welcome news to many.

A revolution is also on the horizon in fintech, with more secure financial apps, online transactions and currency flows coming soon. Pre-digital generations will have some catching up to do, new habits to acquire and old mindsets to shed, much as previous generations gave up their attachment to stashing their bucks under the mattress with the advent of ATM cards.

Finally, peer-to-peer (P2P) apps are expected to see increased popularity and a slew of new services.

This is just a sliver of what we can expect this year in the wonderful world of apps. Without going into detail, personal assistants, sales and home delivery will also be in the picture for the burgeoning app ecosystem.

One thing is certain: the boom in the app economy is cutting into the use of conventional Internet search engines. Will Google soon become passé?   ¯\_(ツ)_/¯