Cryptojacking – When your computer mines cryptocurrency without your knowledge 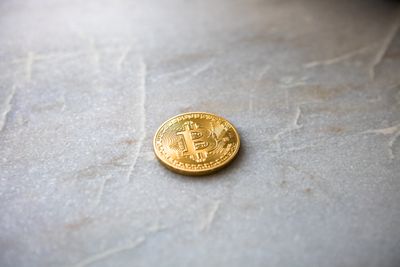 In the past few months, we’ve seen a lot of news about cryptocurrency, including harried headlines about extreme fluctuations. All this can be attributed to an unending speculative bubble and possibly also the fear of government regulation. This partially explains why bitcoin’s value took such a spectacular plunge, falling from CA$25,000 to just over CA$10,000 between December 17 and today.

Beyond the technical challenges that these headless currencies bring to the table, the fluctuations in exchange rate parity likely played a key role in the resurgence of attempted pirating, theft of digital wallets and personal data, and other fraudulent acts. If we’re to believe the predictions of certain industry leaders, more major heists could be coming. So far this year, we’ve already witnessed the record theft of $60 million in bitcoin from NiceHash, a violent attack on a British couple for their virtual wallet, and Coincheck reporting more stolen assets than MtGox did in 2014. Given that bitcoin could recover and hit $60,000 sometime this year, security has become a big issue for this type of investment and for cryptocoin mining as well. However, with a little common sense and caution, the risk is minimal.

Unlike the coins and banknotes we carry in our pockets, which are issued by central banks, cryptocurrencies are virtual. They can be transferred across the network and are secured by alphanumeric strings called “hash.” To create virtual currencies, protect them and keep them functional, the mining process uses software that connects computers to a mining pool, making it possible to leverage the power of several devices at the same time. The processors work 24/7 to keep the currency going. The transactions (blocks) are then correctly added and recorded on the blockchain, which is a public document that lists all transactions—and it’s also a real headache for financial institutions and governments.

Miners contribute their computers’ processing power to the network and are paid in cryptocurrency. Day after day, these profits add to the amounts already in circulation. Mining is rarely done alone because it uses a lot of power and is not very profitable. Instead, pools or farms do most of the work. There is power in numbers, and in mining it increases both the processing power and speed (i.e. hash rate). More calculations = more blocks added = more profits. ¯\_(ツ)_/¯

Clearly, mining isn’t totally safe and provides an opportunity to attack honest individuals whose computers are connected. In fact, it is becoming increasingly common for the CPU (processer) of a computer to be “taken hostage” so that it can be used for mining, without the computer’s owner even knowing about it. For instance, this can be done with Coinhive. This simple script discreetly mines Monero (one of the many forms of crypocurrencies out there). You’d never even know it was there. If your computer lags x 1000 and your electricity bill skyrockets, you might inadvertently be making cryptocurrency. And the worst part is that you won’t see any of the bitcoins that your computer is generating.

According to a handful of experts, we can expect this CPU-borrowing trend to increase in 2018. After Youtube, Affinitweet, The Pirate Bay and several government sites, we could even see a broader range of websites and platforms used for cryptocurrency mining.

Currently, none of the available browsers offers protection against this type of activity, but there are solutions like No Script and No Coin extensions for Chrome, Firefox and Opera. You can also turn to traditional ad blocking services like 1Blocker, uBlock Origin and Adblock Plus. These can help relieve stress, since they minimize the chances that someone will get rich off your back.

One of the essential components of BTC security is the SHA 256 hash function. It’s a mathematical function that uses a compilation of data (words, numbers, characters) to create a unique output value called a “hash.”

How do I connect my computer to the Wi-Fi 6 of the new Helix Fi 2 gateway?
Keep in touch