What’s a chatbot (chat + (ro)bot)? Purists sometimes call them interactive agents, chatterbots, or talk-bots, but whatever you call them, they’re becoming a part of daily life. They’re computer programs that are able to simulate conversations, using voice or text exchanges.

It may seem like smartphones have been around since the prehistoric age, but for many mere mortal humans, chatbots seem to be a brand-new tech concept! However, these chatty little gizmos were created long before many of their users were even born themselves!

ELIZA is generally recognized as the first-ever interactive agent. The ELIZA program was created in 1966 by Professor Joseph Weizenbaum, at world-famous MIT (Massachusetts Institute of Technology). ELIZA’s program was created to mimic interactions between a patient and a psychotherapist, and would reformulate a human speaker’s locutions as questions, giving the impression of ‘understanding’.

ELIZA and her programming were wildly successful, and quickly had many imitators.

Chatbots became popular with the naissance of the Internet, and companies and organizations nowadays better understand how to integrate them into, and use them, to better serve customers and to make them part of marketing plans.

Chatbots function using a database of words that trigger a pre-programmed response when certain keywords are recognized by the chatbot’s program.

Artificial intelligence’s automated learning has created the new generation of chatbots we now use today. Their surprising ability to analyse languages and improve during actual conversations makes these programed performers even enjoyable to ‘talk’ with! 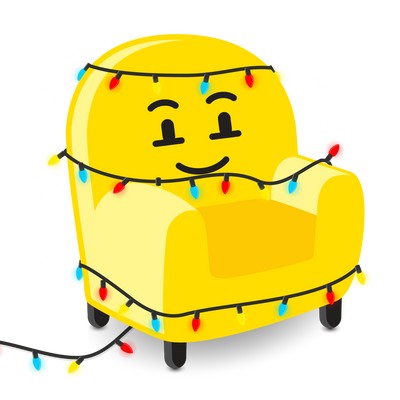 In an environment that’s becoming more and more technological, Videotron once again is on the crest of the wave with Chillico, on Facebook Messenger.

Chillico is your television and movie guide par excellence. All you have to do is tell Chillico what you like, and it will recommend something from the illico catalogue to watch that you’re sure to love.

What’s more, Chillico is there for you 7 days a week, 24 hours a day—it works even harder than our already-amazing Videotron customer service team!

Videotron has always put customers’ needs, desires, and experiences at the heart of its decisions and innovations. Chillico is just one of the many technological initiatives implemented to serve customers best.

In under a year, this lovable chatbot has been adopted by millions of users—asking questions, seeking help, and making new cinematic discoveries!

Looking for something to watch over the holidays? We know someone who’s got an answer for you—Chillico!